If you’re tired of the usual New Year’s Eve broadcasts and want to say sayonara to 2020 with some geeky goodness, we’ve got a handful of suggestions that will be perfect for you. We’ve rounded up a few iconic nerdy movie moments to give you the exact times you’ll need to start these movies to sync up with midnight on New Year’s Eve. Let's kick off 2021 epically, shall we?

Like the Balrog of Morgoth himself, 2020 has been a fiery beast bent on destruction. Toss in your copy of Lord of the Rings: The Fellowship of the Ring and kiss this year goodbye. If you start the film at 9:51:30PM, the clock will strike midnight just as Gandalf exclaims “You shall not pass!” to the Balrog on the bridge of Khazad-dûm, deep in the Mines of Moria. See ya never, 2020.

On November 12th, 1955 at precisely 10:04pm, lightning struck the Hill Valley Clock Tower. If you’d like to ring in the new year with the iconic ending to one of the greatest films ever made, queue up your copy of Back to the Future and hit play at 10:19:07 PM. At the moment the ball drops, the Delorean will hit 88 miles-per-hour sending Marty McFly back to 1985, and you into 2021.

My Chest Is Bursting With Excitement

We'll leave the image out.

The crew of the Nostromo learned the hard way what happens when you break quarantine. Cue up Ridley Scott’s classic Alien at 11:03:38 to usher in 2021 with one of the best space horror films ever made. As the clocks strike twelve, Nostromo crew member Kane will meet his untimely demise as the first Xenomorph erupts from his chest.

The Death Star Is No More

The greatest weapon of the Galactic Empire, destroyed by a farm boy from Tatooine. Load up Star Wars: Episode IV - A New Hope at 10:02:43 PM for the ultimate New Years Eve fireworks display. At exactly midnight, Luke Skywalker makes the one-in-a-million shot, destroying the Death Star for good. Or at least until they build another one. 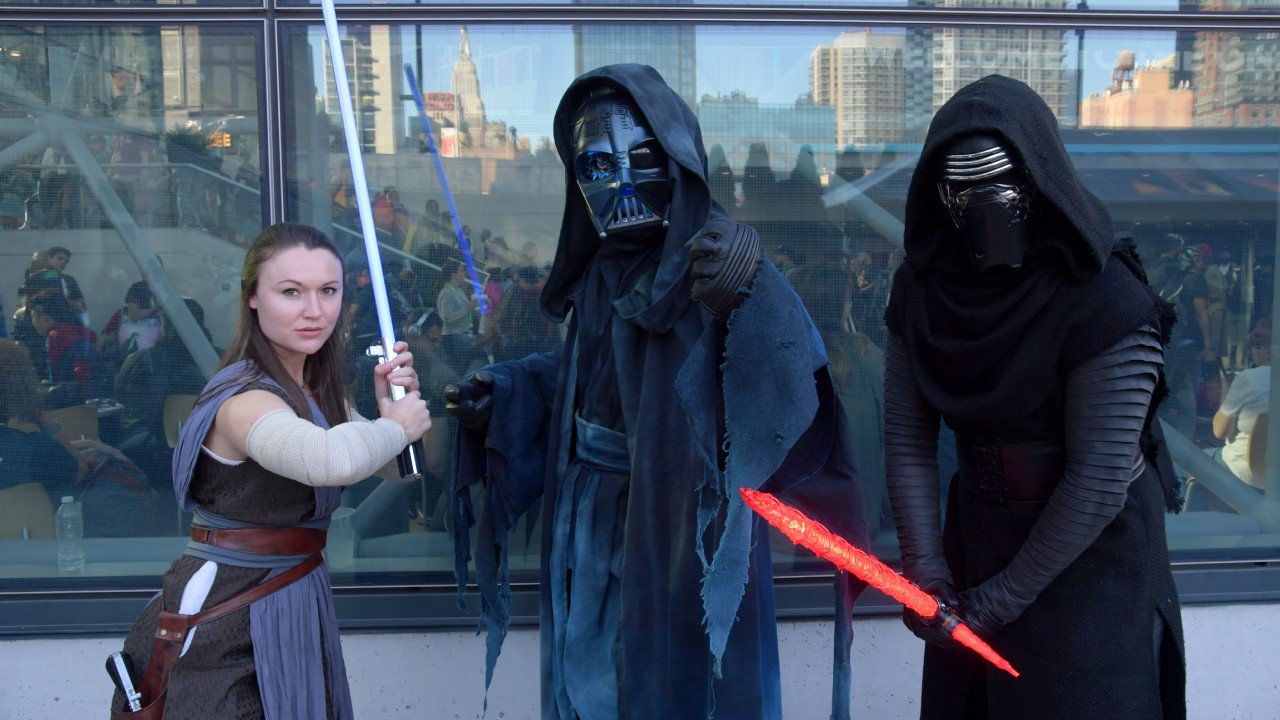 What’s the Best Order to Watch the Star Wars Movies In?

Welcome To The Party, Pal

Editor's Note: He doesn't have the hat in the official version of the movie.

Regardless of where you fall on the “Die Hard is a Christmas movie” debate, we can all agree that Hans Gruber is one of the greatest villains ever put to film. That’s why it’s so satisfying to watch him meet his gruesome fate at the movie’s climax. If you start Die Hard at exactly 9:56:47 PM, you’ll ring in 2021 just as Hans Gruber begins the long fall from the top of Nakatomi Plaza.

BONUS ROUND: if you start the movie at 9:56:27 PM, just like the Times Square ball drop, you’ll sync up with the moment he hits the ground.

NOTE: on HBO Max, there is a short ad for HBO at the beginning of the movie lasting about 35 seconds. If you’re using home video or another version, adjust your times accordingly.

The Snap(s) Heard ‘Round The World

This one’s a two-fer. If you’re a fan of the Marvel Cinematic Universe who wants to sync your New Year’s festivities up with either Thanos’ snap from Avengers: Infinity War to blink half the world out of existence or Tony Stark’s snap from Avengers: Endgame to put an end to Thanos once and for all, here are the times you need to know:

BONUS ROUND: if you really want to ring in an epic New Year, start Avengers: Endgame at 9:41:34 PM. Captain America will yell “AVENGERS ASSEMBLE!” just as the clocks strike twelve. Keep in mind, because of the dramatic pause between the words avenger and assemble, this is timed for Cap to say assemble at midnight.