You’ve watched The Mandalorian Season 2 Episode 1, and you’re waiting for the second episode. There’s a week between each, and my question to you is: how can you fill that time with as much Star Wars as possible?

Sure, you can pick up some sweet merch on Mando Mondays, maybe even grab some early gifts. But I'd do something different.

You should pick up one of the best Star Wars games ever made: Star Wars: Knights of the Old Republic.

If you're a fan of The Mandalorian, I'm positive that you will love this game, and why, 17 years later, it’s still worth picking up this game and playing the whole damn thing.

You Love The Mandalorian Because….

It’s easy to fall in love with the sweeping landscapes, compelling characters, and episodic plots of The Mandalorian. Din Djarin has a mystery about him. Why’s he always wearing that helmet? Why are Mandalorians like that? Did he start with a Beskar helmet, or earn that along the way? Is he a bounty hunter or just a good dude?

The answers to those and many other questions are revealed later in Season 1, and I’m sure we’ll learn more in Season 2.

Jon Favreau, Dave Filoni, George Lucas, and all the Star Wars royalty have stated many times that the films are similar to westerns or samurai films. It’s even in the titles like “The Gunslinger” and how the first season ends with Redemption. It’s not a mistake.

The setting established in The Mandalorian lends itself to conflict. It takes place mostly on Outer Rim worlds - where the boundary between safety and danger is razor thin, and dangerous types lurk just off screen. Is the Mandalorian walking into a trap, or is he just going to pick up a bounty? Sometimes, it’s hard to tell.

Having a little green alien buddy around is adorable, but also adds higher stakes and emotional investment. Do you remember how you felt when those Scout Troopers punched Baby Yoda when he was in the bag? Angry, but there wasn’t much you can do about it.

In Star Wars: Knights of the Old Republic, there’s a lot you can do about it. 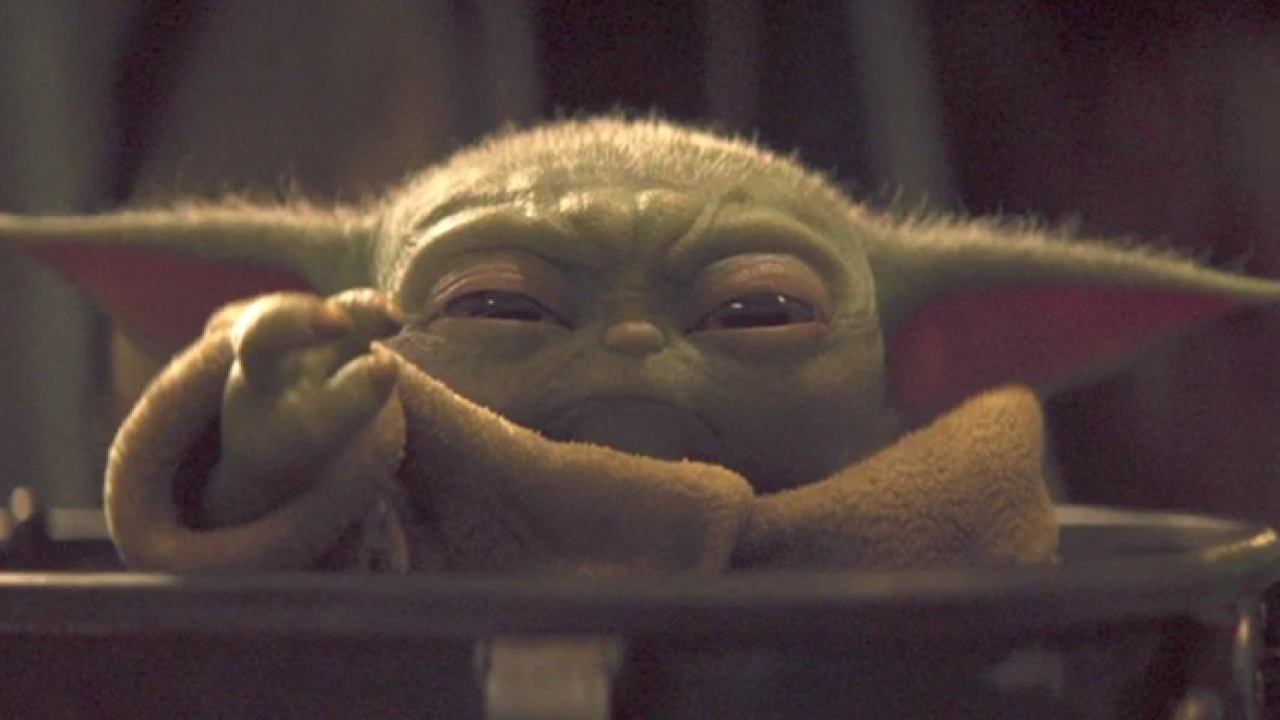 I’m making a bold statement here, Star Wars: Knights of the Old Republic is the best Star Wars story ever told. Here’s why:

In KotOR, you play as the protagonist, an individual who gathers followers with intense charisma, discovers they can use the Force, and eventually challenges the strongest forces in the galaxy.

You’re given many choices between Light and Dark (with some in between), that shape the way your character grows, learns, and what abilities they use. This was the moment that I really fell in love with Force Lightning. It’s exactly as satisfying as you think to play as a Dark Side character and electrocute huge groups of enemies.

The game, and its sequel, are set within the Star Wars universe, but in a totally different time frame from any of the books, movies, or other media. This gives it a lot of room to play with ideas, concepts, and the Force.

There’s also a huge variety of alien races, a lot of customization options for clothing and weapons, and the companions you meet along the way are wildly memorable. My favorite is HK-47, an old model assassin droid that refers to humans as ‘meatbags’ and has some of the best lines in the entire game.

The game also expands on Force powers in a revolutionary way. Bastila Shan’s Battle Meditation affects entire fleets, and a character has their memory completely wiped using the force. The main character forms a bond with Bastila that is different and more nuanced than Master and Apprentice.

They have a complicated relationship, but without sharing any spoilers, let's say that they rise and fall together, and it builds a solid romance as the foundation to a galactic conflict between light and dark.

All these seemingly small changes, additions, and revisions to how the Force works challenge what Star Wars is, but also put the player in control of some of them, which is fantastic. Your decisions really matter and when you make choices that lead to the Dark Side, you see that reflected in the way that people treat you, your companions, and the battles that you face.

The game also comes with some limitations. This was before CD Projekt Red and Larian Studios created millions of lines of dialogue for games, hundreds of side quests, and had ray tracing. There isn’t as much variability to completing quests or objectives as in more modern games.

Everybody goes through experiences differently. When I first watched Star Wars: The Phantom Menace, my first reaction was, “Wow what a cool double-bladed lightsaber!” not “What is a trade war and why does this matter to Star Wars?”

The parts of this fandom that are cool are totally unique to you. What makes it so beautiful is that the fandom is wide and varied and contains so many different kinds of media that there is really something for everyone.

It’s always been the games for me, no matter how you look at it. I’ve spent more time playing Star Wars games than I have watching movies, TV series, or holiday specials combined. And that’s not even counting the LEGO Star Wars games. The books are a close second, but reading is still consuming a story that someone else created, exactly how they created it.

I love Star Wars games because they let me do what I want to do, how I want to do it. While a game like Jedi: Fallen Order doesn’t give you the same kind of flexibility to approaching challenges and has a largely linear story, Knights of the Old Republic gives you the keys to the Ebon Hawk and let’s you fly to almost every planet relatively quickly.

Friends of mine have totally different experiences with the franchise. They’ve seen every movie, but haven’t read the books or played any of the games. But they are equally passionate about Star Wars. That’s something I’m very excited about for the High Republic - there will be so many ways to engage that everyone will have a different experience of the same time period. 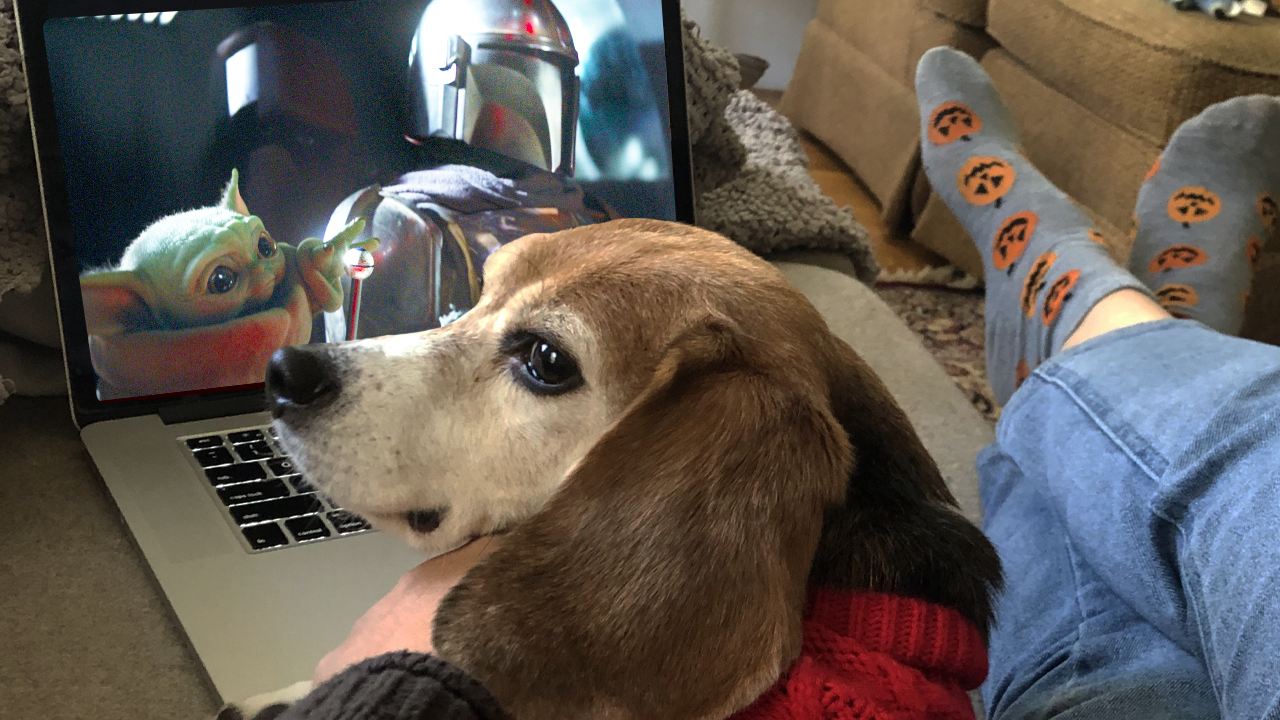 Similarities Between The Mandalorian and Star Wars: Knights of the Old Republic

So how is an episodic, 45 minute weekly drama similar to a video game that can take dozens of hours to complete? A lot of ways. “The Marshall” contained a lot of references directly to the game and the structure of the episode even mimicked a quest that takes place on Tatooine.

In both, the main character has to take down a Krayt dragon with a friend, and does so by luring out the beast with a Bantha, onto explosives. Upon slaying it, they find a Krayt dragon pearl. In The Mandalorian, the Tuskens keep it (and it’s huge). In KotOR, the player gets one that they can later use to upgrade their lightsaber, and can bully an NPC into getting a second one if they are so inclined.

Weight of the World

Early in season one, we see the Mandalorian walk by helmets of stormtroopers on spikes. The show takes place after Episode VI, and the shadow of the empire hangs over huge parts of the show and drives the plot forward. Huge events have taken place, just a little while ago, and they are an integral part of the show, and the same is true in Knights of the Old Republic.

The shadow of Revan hangs over the entire game. Revan was a Jedi Knight and general in the Mandalorian Wars, who fell to the dark side of the Force with his apprentice, Malak. They disappeared into the Unknown Regions, and came back with an enormous army and started the Jedi Civil War. The game takes place right around then, as the player journeys into Revan’s past to uncover the secrets it held.

Many episodes of The Mandalorian involve Din Djarin taking the Razor Crest to another world - whether it’s to hide out, visit old friends, or pick up a bounty. This planet hopping is very reminiscent of KotOR, since the same format is used.

Players are given a ship, the Ebon Hawk, and are able to travel from planet to planet at will. Each planet has its own denizens, setting, challenges and quests. The player learns a bit on each planet, advances the main (and side) quests, and is usually encouraged to revisit other planets, since a lot can change based on what they do.

Players can recruit Canderous Ordo, who is an actual Mandalorian, give him the beefiest blaster in the game, and let him run loose in the Lower City of Taris. Keep in mind, he isn’t always wearing his helmet. Also, Mandalorians are a little different in this time period, but have a similar ethos as the ones seen in The Mandalorian.

If you’re looking for a fun game to take up in between episodes of The Mandalorian every Friday, I recommend Star Wars: Knights of the Old Republic with every fiber of my being. It satisfies your lightsaber throwing, RPG-loving, planet-hopping needs very, very well, and the story it tells stands up even in 2020.

Sure, the combat isn’t as polished as modern titles like Star Wars Jedi: Fallen Order, but the depth and breadth of the story, memorable companions, and that-Star-Wars-feeling make it worth your time.